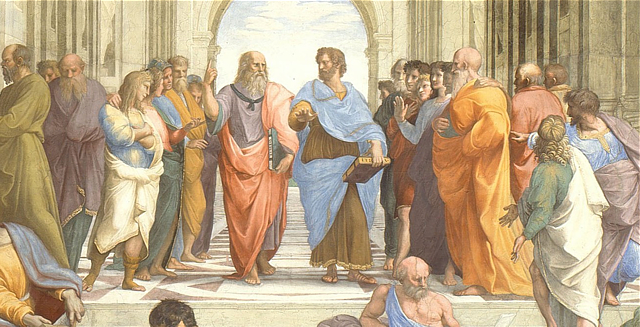 Patrick Alvis
Patrick Alvis, of South Carolina, is a graduate of the University of Dallas with a major in English Literature and philosophy. He is enthusiastic about creative writing, poetry, short stories, reading, playing guitar and banjo, and learning the concertina. He has fished off Cape Cod and Atlantic City and studied abroad in Rome, Budapest, Munich, Prague, and Vienna. Mr. Alvis is a dormfather, writing and Rhetoric teacher, and rugby coach.

Karen Beebe
kbeebe@gregorythegreatacademy.org
Karen Beebe grew up in Cooperstown, New York and holds a BA in English from the University of Illinois at Springfield. Mrs. Beebe serves as the Registrar, Admissions Director, and Rhetoric teacher.

John Burger
jburger@gregorythegreatacademy.com
John Burger holds a B.A. in Philosophy from Christendom College and an M.A. in English from the University of Dallas. John teaches Latin, Rhetoric II, Agriculture Science, and serves as the Academy’s Farm Foreman.

Luke Culley
lculley@gregorythegreatacademy.org
Luke Culley received his bachelor’s degree from Thomas Aquinas College and master’s degree in Literature from the University of Dallas. He serves as Headmaster, teacher of Humanities II and Church History, and is the director of the Saint Julian’s Juggling Troupe and the Senior Pilgrimage.

Paul Cummings
Paul Cummings grew up in Powell, Wyoming, just outside Yellowstone National Park. Paul spent a year at an orphanage in Colon, Mexico and a year doing an apprenticeship with a guitar builder located in Denver, Colorado. Paul enjoys playing music, cribbage, and making latte art, among other things. He serves as a folk music teacher and head dormfather.

Maximilian Kolbe Costello
Maximilian Kolbe Costello, hailing from Edmond, OK, is a graduate of Gregory the Great Academy and the University of Dallas where he majored in political philosophy. He is a musician and plays guitar, mandolin, and bouzouki and participated in a band. His work experience includes deep-sea fishing in Alaska and gondoliering in Texas. Mr. Costello played rugby through college and coaches the Highlanders as well as serving as a dormfather and folk music teacher.

Jack Davis
Jack Davis, of Utah, is a graduate of Gregory the Great Academy and the University of Dallas, where he earned a degree in English. Mr. Davis has experience commercial fishing, and enjoys reading, writing, and coffee. He serves the Academy as a dormfather, rugby coach, and rhetoric teacher.

Sean Fitzpatrick
sfitzpatrick@gregorythegreatacademy.org
Sean Fitzpatrick is a graduate of Thomas Aquinas College. He serves as the Assistant Headmaster and teaches Literature I and II, Humanities I, and drama. He lives in Scranton with his wife, Sophie, and their seven children.

Declan Hamilton
Declan Hamilton is from Ho Ho Kus, New Jersery, and graduated from the Academy in 2015 and from the University of Dallas in 2019 with a BA in English. He earned his Masters in English Literature at the University of Limerick, Ireland, in 2020 (1st honors). Mr. Hamilton has worked as a content manager for The Latin Mass Magazine and enjoys writing poetry, hiking, rugby, and studying the works of Evelyn Waugh and Seamus Heaney. He teaches Senior Trivium, Senior thesis, and poetry, coaches rugby, and serves as a dormfather.

Anthony Hierro
Anthony Hierro is a graduate of St. Michael’s Preparatory Academy in California and the University of Dallas, where he majored in business and accounting. After a stint in I.T. field, Mr. Hierro worked at the St. Anthony Shelter for Renewal in the Bronx. He enjoys coaching sports, having played rugby in his Dallas days, and also reading, with a special regard for Tolkien, Waugh, and Hemingway. Mr. Hierro serves the Academy as a dormfather, Algebra teacher, and soccer and rugby coach.

Nathan Lefler
A long-time friend of the Academy, Nathan Lefler is Associate Professor of Theology in the department of Theology/Religious Studies at the University of Scranton, where he teaches courses on Grace, Friendship, Hagiography, and Worship. He has published articles on the Psalms, St. Augustine, St. Benedict, St. Thomas Aquinas, Balthasar, Shakespeare, J. R. R. Tolkien, Flannery O’Connor and Catholic liturgy. He is grateful for the opportunity to participate in the Academy seniors’ Theology seminar. He lives in Scranton with his wife and three children.

Rev. Christopher Manuele
Fr. Christopher is a Melkite Greek Catholic priest of the Eparchy of Newton and pastor of St. Joseph Church in the West Side of Scranton. He is a graduate of Thomas Aquinas College and Holy Cross School of Theology, Boston, MA. Father teaches Scripture I, Latin, and provides the Divine services and religious instruction at the Academy.

Michael Miller
After twenty years pursuing his love of carpentry and woodworking and becoming a general contractor, Michael joined the Academy to serve as Director of Operations. He is thrilled at the opportunity to beautify and care for the building and property. Michael is teaching Euclidean Geometry as well as pioneering a woodworking guild for the boys. He and his wife, Kaylie, live in Elmhurst, PA with their seven children.

Brian Redmond
Brian Redmond attended Missouri State University, graduating with a BS in Civil Engineering in 2014. Later that year, Mr. Redmond was commissioned as a 2nd Lieutenant intelligence officer in the United States Marine Corps. After over four years of active service, he was honorably discharged in December 2019. Mr. Redmond serves the Academy as an Algebra tutor and rugby coach.

Daniel Schiller
dschiller@gregorythegreatacademy.org
Daniel Schiller is a native of New Baltimore, NY. He graduated from Ave Maria University in 2011 with a bachelor’s degree in History. He is the Special Event Coordinator and American History teacher for Gregory the Great Academy and lives in Waymart, PA with his wife, Clare, and four children.

Joseph Sladky
A graduate of Thomas Aquinas College, Dr. Sladky studied biology, chemistry, and physics in a pre-med program before deciding to change course and pursue graduate studies in history. He earned his Ph.D. in Modern European Church history at the Catholic University of America. His professional experience includes several years teaching middle school math and science at Northridge Preparatory School as well as working with inner-city youth in Chicago. He teaches Ancient History, Modern History, Physics, Latin I, and Scripture II.

Christopher Smith
Christopher Smith serves as the Director of Development. He received his B.A. in Philosophy from Christendom College in 2007, and an M.A. in National Security Affairs from The Institute of World Politics in Washington DC in 2011. He currently lives just outside of Front Royal, VA with his wife, Kathleen, and their three children.

Garret van Beek
gvanbeek@gregorythegreatacademy.org
Garret van Beek received his degree in Sociology from the University of Ottawa. Garret is the Athletic Director, and the Head Coach of the soccer and rugby programs. He teaches Natural History I and II, and lives in Moscow, PA with his wife, Claire, and seven children.

Matthew Williams
mwilliams@gregorythegreatacademy.org
Music Director Matthew Williams holds a degree in music from West Chester University of Pennsylvania, where his primary instrument was the piano. Having been involved in church music from an early age, Matthew has participated in and conducted choirs both young and old. He has served as organist for several parishes and teaches private piano. In addition to directing the Schola and teaching Sacred Music, Matthew serves as Residential Dean at Gregory the Great Academy.